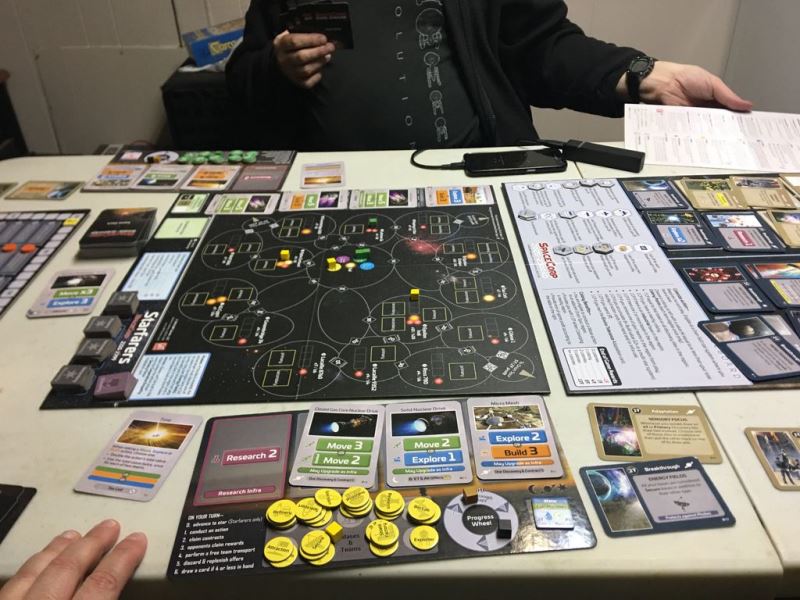 SpaceCorp: 2025-2300 AD is a fast-playing board game in which one to four players explore and develop outer space over three eras.

Each player controls an Earth-based enterprise seeking profit by driving the expansion of humanity into the Solar System and beyond. In SpaceCorp you can …

Each of the three eras is played on a different board:

The game is based on Ejner Fulsang’s SpaceCorp book, the first of the Galactican Series.

Differences between Multi-Player and Solo

Solo summary sheets for each era

Maps and numbers for all locations in solo, as the location numbers can be hard to find.

A simple way to keep track of scoring in Solo play. Pts scored in each era, contracts won and number of colonies developed. Up to 8 games per page.